In the wake of the Los Angeles riots more than 20 years ago, Congress created an anti-poverty experiment called Moving to Opportunity. It gave vouchers to help poor families move to better neighborhoods and awarded them on a random basis, so researchers could study the effects.

The results were deeply disappointing. Parents who received the vouchers did not seem to earn more in later years than otherwise similar adults, and children did not seem to do better in school. The program’s apparent failure has haunted social scientists and policy makers, making poverty seem all the more intractable.

Now, however, a large new study is about to overturn the findings of Moving to Opportunity. Based on the earnings records of millions of families that moved with children, it finds that poor children who grow up in some cities and towns have sharply better odds of escaping poverty than similar poor children elsewhere.

The art director-turned-photographer Nick Frank has spent the last five years traveling the world by subway, spending his Sunday mornings documenting the stations he has seen rather than the cities that hold them. 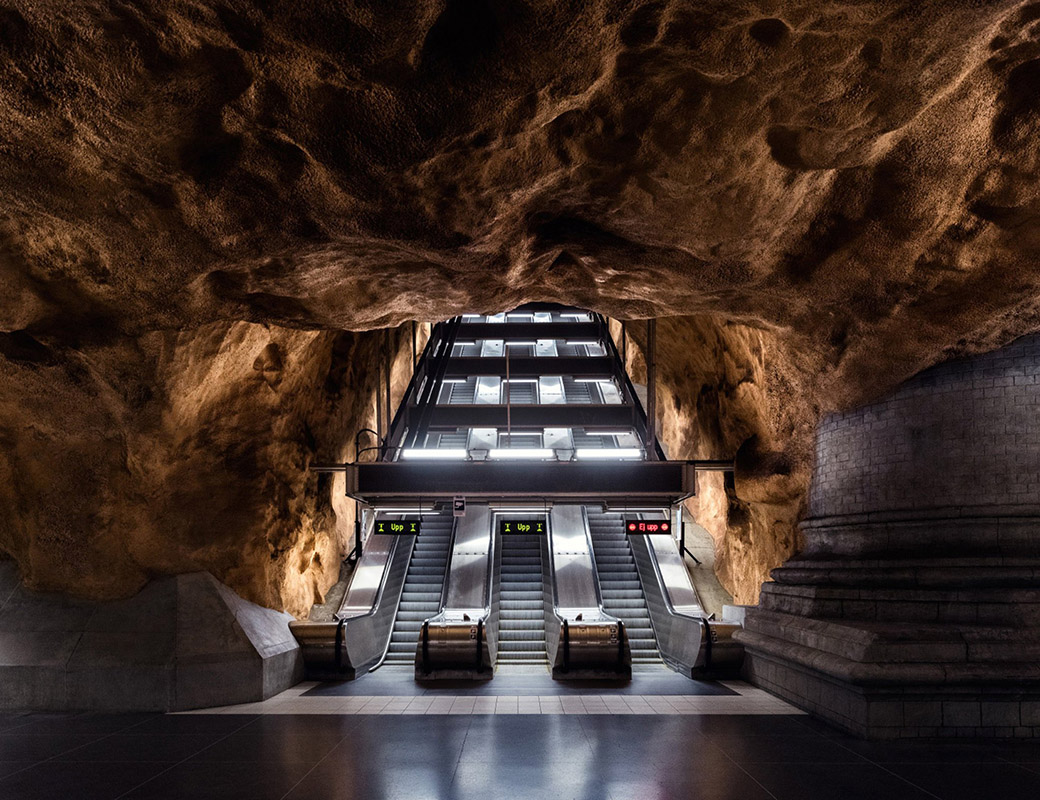 There was no vainglory in the title of the first volume of Lee Kuan Yew’s memoirs: “The Singapore Story”. Few leaders have so embodied and dominated their countries: Fidel Castro, perhaps, and Kim Il Sung, in their day. But both of those signally failed to match Mr Lee’s achievement in propelling Singapore “From Third World to First” (as the second volume is called). Moreover, he managed it against far worse odds: no space, beyond a crowded little island; no natural resources; and, as an island of polyglot immigrants, not much shared history.

Something I’ve been thinking about for a while. One solution:

There are around 250 tall towers currently planned for London’s skyline. From afar, they’ll probably look great. But unless they’re planned carefully, they’ll start throwing shadows across ever-growing swathes of London.

So one local architecture firm is offering a solution. Using computer modelling, they’ve figured out a design which would reduce the shadows cast by two theoretical towers by as much as 60 per cent.

In June 2014, drivers crossing the causeway between Singapore and Johor, Malaysia, began to notice something strange. A slender sandbar, which had long stood in the middle of the narrow straits, had started to grow, and was slowly inching toward Singapore. Construction vehicles had arrived, and small barges passed continuously, dumping load after load of sand into the water. Newspapers soon reported that this expanding mound was to become the site of Forest City, a 2,000-hectare high-rise housing development jutting out from the Malaysian port of Tanjung Pelepas. As this privately funded project crept toward Singapore’s national border, the security state doubtlessly felt violated. In response, Prime Minister Lee Hsien Loong requested that the Malaysian government halt work on the project, and threatened to file a complaint with the International Tribunal for the Law of the Sea in Hamburg.

Forest City and its backstory are emblematic of an emerging issue of a transnational order. Less obvious than the increased capital flows across territories is the flow of territory itself. That is, land. Or, more accurately, sand.

A24 and A MOST VIOLENT YEAR present NYC, 1981. An original short documentary featuring stories from one of the most dangerous years on record for New York City. 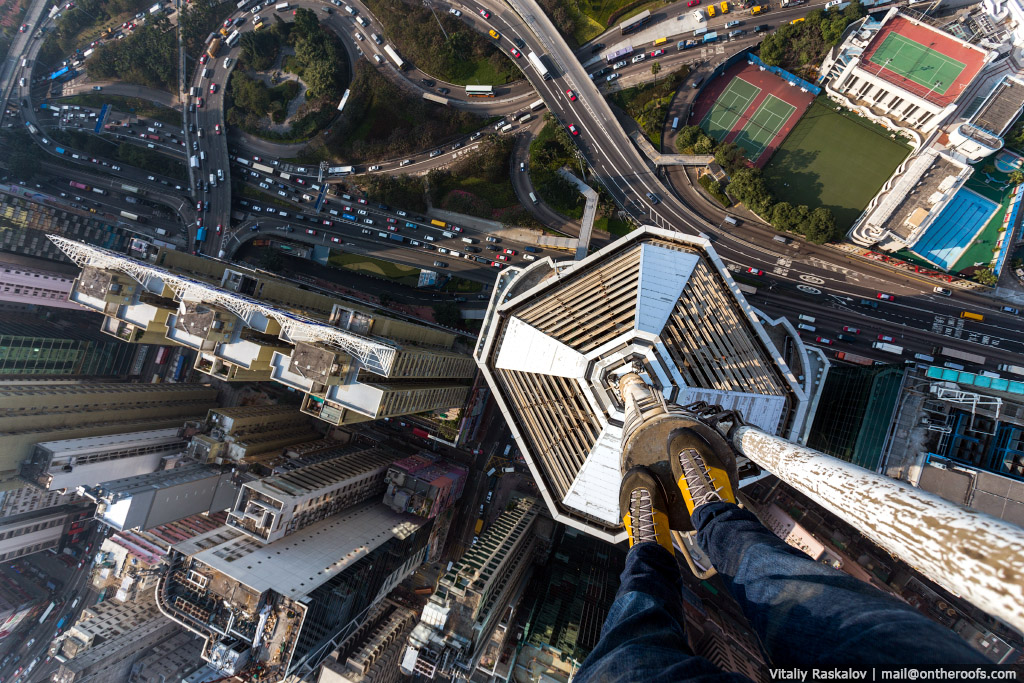 During the last one and a half years, we have visited Hong Kong several times. We have been to so many places and now I have to admit that Hong Kong is a place where I would like to live. A year and a half ago, after visiting Singapore, I assumed that it was the real paradise, but I was mistaking.

In October 2002, Peter Ho, the permanent secretary of defense for the tiny island city-state of Singapore, paid a visit to the offices of the Defense Advanced Research Projects Agency (DARPA), the U.S. Defense Department’s R&D outfit best known for developing the M16 rifle, stealth aircraft technology, and the Internet. Ho didn’t want to talk about military hardware. Rather, he had made the daylong plane trip to meet with retired Navy Rear Adm. John Poindexter, one of DARPA’s then-senior program directors and a former national security advisor to President Ronald Reagan. Ho had heard that Poindexter was running a novel experiment to harness enormous amounts of electronic information and analyze it for patterns of suspicious activity – mainly potential terrorist attacks.

In December 2012, Shaun Donovan, the secretary of Housing and Urban Development, was on vacation in Berlin when he decided to detour to the Netherlands. He wanted to get a firsthand sense of the famed Dutch approach to water management. Hurricane Sandy struck six weeks before, and in the aftermath, President Obama asked him to lead a task force, whose objective was not just to rebuild but also to radically rethink the region’s infrastructure in light of climate change.

In the Netherlands, a man named Henk Ovink offered to be Donovan’s guide. Ovink was the director of the office of Spatial Planning and Water Management, meaning, essentially, that it was his job to keep the famously waterlogged country dry. As he learned about various Dutch innovations, Donovan was struck by the fact that Ovink looked at water as much in cultural as in engineering terms, which was a function of the centuries-old need of the Dutch to act together for protection.

From the outside, the temporary shelter for Syrian civilians in Kilis, Turkey, doesn’t look like an inviting place to live. It looks like a prison. All around are olive groves, but here, Turkey suddenly runs out. A metal archway announces the customs gate to Syria. To its right stands what is more formally known as the Republic of Turkey Prime Ministry Disaster and Emergency Management Presidency’s Kilis Oncupinar Accommodation Facility. High gates bar entry, and barbed wire tops the walls. Police officers and private security mill about.

Many of the world’s displaced live in conditions striking for their wretchedness, but what is startling about Kilis is how little it resembles the refugee camp of our imagination. It is orderly, incongruously so. Residents scan a card with their fingerprints for entry, before they pass through metal detectors and run whatever items they’re carrying through an X-ray machine. Inside, it’s stark: 2,053 identical containers spread out in neat rows. No tents. None of the smells — rotting garbage, raw sewage — usually associated with human crush and lack of infrastructure.

Urban economics studies the spatial distribution of activity. In most urban econ models, the reason that cities aren’t taller is that, per square meter of useable space, taller buildings cost more to physically make. (Supporting quotes below.) According to this usual theory, buildings only get taller when something else compensates for these costs, like a scarce ocean view, or higher status or land prices.

Knowing this, and wondering how tall future cities might get, I went looking for data on just how fast building cost rises with height. And I was surprised to learn: within most of the usual range, taller buildings cost less per square meter to build. For example, for office buildings across 26 US cities, 11-20 stories tend to be cheaper than 5-10 stories, which are cheaper than 2-4 stories (quote below)

Steven Kurutz in the NYT:

Visitors to the High Line often marvel at the panorama the elevated park affords: open-sky views across the Hudson River, an unbroken sightline up 10th Avenue to Midtown and beyond. But in recent months, in a section of the High Line around 23rd Street, a more intimate, domestic cityscape has emerged.

Where the park widens to form a seating area with bleachers and a lush lawn, several apartment buildings rise up and enclose the space on either side. Three are newly constructed glass and steel towers that just began filling with residents, and the most prominent of them, the architect Neil M. Denari’s sleek HL23, is so close it’s as if parkgoers could walk right into one of the multimillion-dollar apartments.

The Manhattan Grid extended to every point on Earth.

Interestingly Uzbekistan is where the north gridlines would meet.

I wish I had a thousand-yen note for every journalist who, over the past decade, has asked me whether Japan is still as futurologically sexy as it seemed to be in the ‘80s. If I did, I’d take one of these spotlessly lace-upholstered taxis over to the Ginza and buy my wife a small box of the most expensive Belgian chocolates in the universe.

He overplays the magic, but if you try and see things through his eyes, the future (and Tokyo) seems much cooler. Why not dream a little.

“Ten years ago, we used to dream that cities would become slum-free,” says Muhammad Khadim of UN-Habitat. “The approach has changed. People see the positives. The approach now is not to clear them but to improve them gradually [and] regularise land tenure.”

Cameron Sinclair, who runs the non-profit design firm Architecture for Humanity, goes further. “A slum is a resilient urban animal. You cannot pry it away,” he tells me. “It’s like a good parasite. There are some parasites that attack the body and you have to get rid of them but, within the city, the informal settlement is a parasite that acts in harmony with the city, keeps it in check.”

Elisabeth Rosenthal in the NYT:

While American cities are synchronizing green lights to improve traffic flow and offering apps to help drivers find parking, many European cities are doing the opposite: creating environments openly hostile to cars. The methods vary, but the mission is clear — to make car use expensive and just plain miserable enough to tilt drivers toward more environmentally friendly modes of transportation.

Hong Kong architect Gary Chang has renovated his tiny apartment four times since he’s owned it. The most recent renovation is called “The Domestic Transformer”.

Mr. Chang hopes that some of his home’s innovations might be replicated to help improve domestic life in Hong Kong, which has been troubled in recent years. The population grew by nearly a half-million in just the last 10 years, and between 2003 and 2007, reports of new cases of child, spousal and elder abuse nearly doubled, something social workers attribute in part to new social pressures caused by the city’s ongoing shortage of space.

“It’s a big problem,” Mr. Chang said. “Killing each other is not uncommon.”

“People feel trapped,” he said. “We have to find ways to live together in very small spaces.”

In Mr. Chang’s solution, a kind of human-size briefcase, everything can be folded away so that the space feels expansive, like a yoga studio.

The wall units, which are suspended from steel tracks bolted into the ceiling, seem to float an inch above the reflective black granite floor. As they are shifted around, the apartment becomes all manner of spaces — kitchen, library, laundry room, dressing room, a lounge with a hammock, an enclosed dining area and a wet bar.

Britain looks very different from the skies. From a bird’s eye view of the nation, its workings, cities, landscapes and peoples are revealed and re-discovered in new and extraordinary ways.

Particular nuggets I have found so far include: The Great Migration in the Sky, Taxis in London and Ships Crossing the Channel.

Via 5 Best Data Visualization Projects of the Year at Flowing Data via Beyond the Beyond. 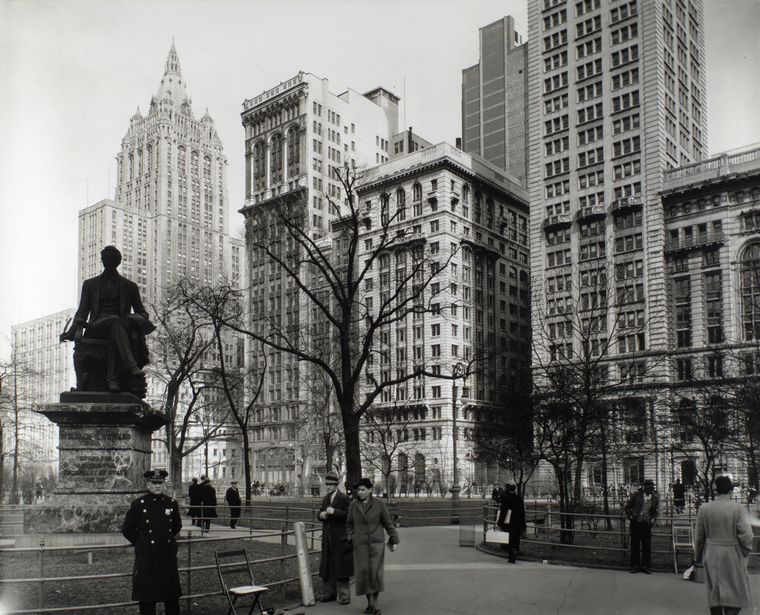 Included in the NYPL’s recent addition to the Flickr Commons project is Changing New York, a selection of photos taken of NYC in the 1930s by Berenice Abbott as part of a government program for unemployed artists.