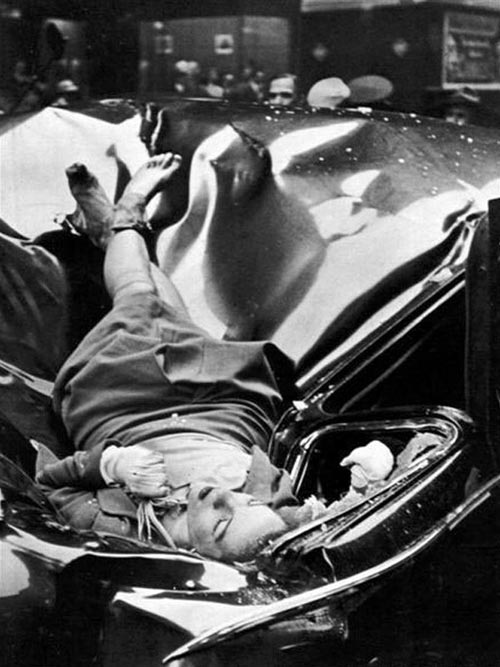 On May Day, just after leaving her fiancé, 23-year-old Evelyn McHale wrote a note. 'He is much better off without me ... I wouldn't make a good wife for anybody,' ... Then she crossed it out. She went to the observation platform of the Empire State Building. Through the mist she gazed at the street, 86 floors below. Then she jumped. In her desperate determination she leaped clear of the setbacks and hit a United Nations limousine parked at the curb. Across the street photography student Robert Wiles heard an explosive crash. Just four minutes after Evelyn McHale's death Wiles got this picture of death's violence and its composure. 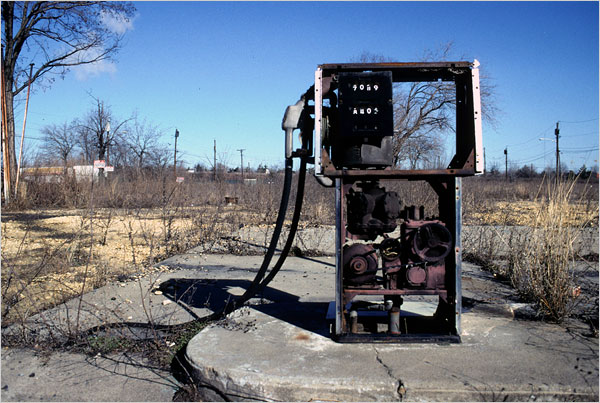 A collection of photos of old gas stations from Camilo José Vergara’s amazing Invincible Cities project, which if you haven’t seen, you need to check out. 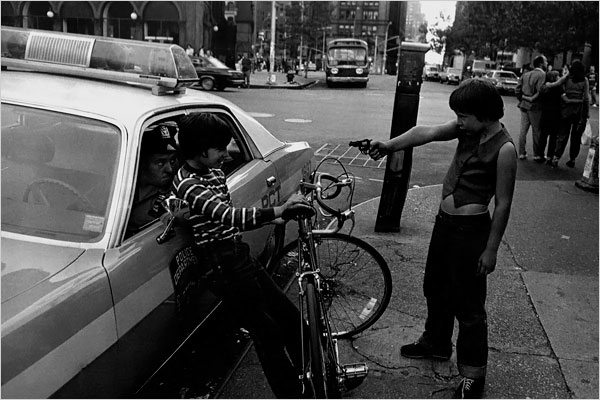 BACK in the 1970s, a gutsy blonde named Jill Freedman armed with a battered Leica M4 and an eye for the offbeat trained her lens on the spirited characters and gritty sidewalks of a now-extinct city.

Side note: WTF does nyt think it is doing with the video features? You can’t have your average print journalist produce a video (though they seem to do fine moving to the radio docu style as seen in the “audio slide shows”). 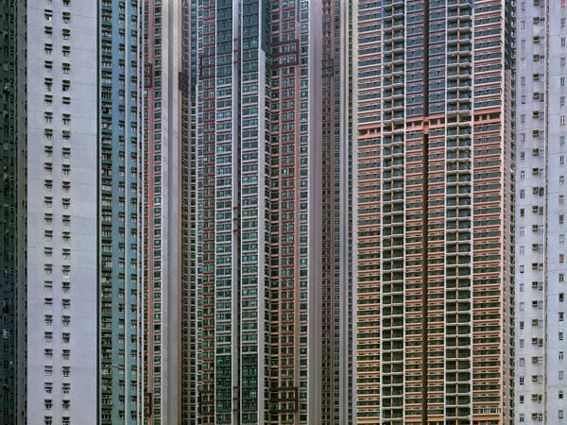 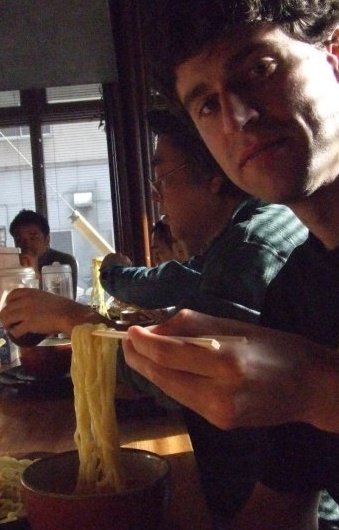 That's at Tsukemen Gonroku, a wonderful cold noodle shop, it's 20m left from exit A5 of Ryogku, go visit next time you are in Tokyo.

Ever since v-2.org went down for the count, I get a fair number of requests to repost this minifesto on “open-source constitutions for post-national entitites,” from 2003. It’s goofy, it’s naïve, it’s grandiose and pompous…and I present it to you now exactly as I wrote it then. Enjoy!

I’ve been inspired to take a trip back through the archives here to see where we’ve been since January 2007. I’ll start with January, then do each month in a separate post. So if you’re new to BLDGBLOG, or even if you’ve been here all along, since our rather quiet start back in 2004, here’s a relatively good way to see what the site is all about. 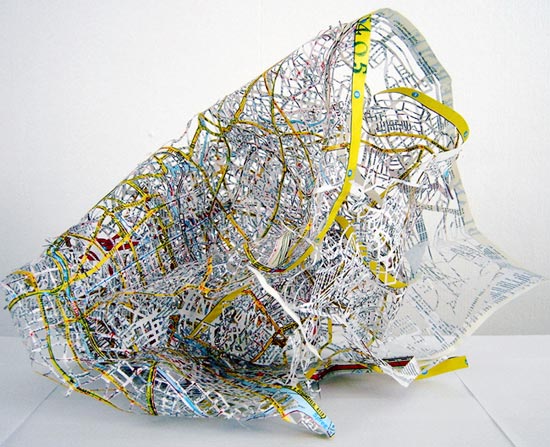 Observers of Tokyo have for long admired its fluidity, its capacity to constantly reinvent itself and its ability of multiplying, juxtaposing, and overlaying functions. The history of Tokyo’s urban development in the past century is mainly one of incremental and spontaneous development of the parts assembling to form a whole. Modernizers have for long attempted to “rationalize” Tokyo, but were ultimately unable to cope with the extremely rapid demographic and urban expansion.

What made this process quite distinctive (from other Asian urban histories) is that official policies did not dismiss the city’s organic evolution. The mixed-use habitats, the village like social foundations of the urban neighbourhoods and the low-rise high density landscape emerged as a default urban model. A model that was not seen as an ideal one by planners, but which also was not considered illegitimate.

Posted by Dan Hill to cityofsound.

Friedrich’s article, when taken with images of the wildfires in California, and those around Australian cities in recent years, gave me pause to consider how urban form and fire are related. I don’t want to use the terrible fires around California, and in Australia before them, as my own spurious token in an academic argument about urban planning. And yet I can’t help but correlate urban sprawl with placing more and more people into areas consistently threatened by fire. In this, the contemporary form of the sprawling city is not only something that is bad for the city in general - you could argue that point of course, but I don’t think it can really be doubted  - but also just supremely dangerous. 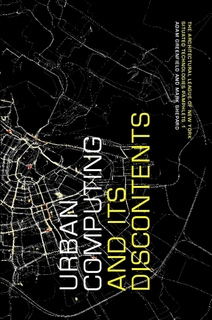 Since the late 1980s, computer scientists and engineers have been researching ways of embedding computational intelligence into the built environment. Looking beyond the model of personal computing, which placed the computer in the foreground of our attention, “ubiquitous” computing takes into account the social dimension of human environments and allows computers themselves to vanish into the background. No longer solely virtual, human interaction with and through computers becomes socially integrated and spatially contingent, as everyday objects and spaces are linked through networked computing.

Go read, this is important.

Via Bruce Sterling at Beyond the Beyond. 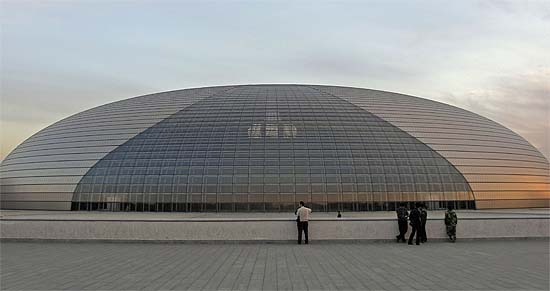 “I think we’re not too far off from recognizing that it’s a moral imperative to add density to any place with a transit stop,” believes Christopher Leinberger, a fellow at the Brookings Institution—displaying plenty of the modernist brio and contempt for the souls of cities that Jacobs fought. But I’m tending to agree. We are wedging ourselves between a rock and a hard place: between the pleasures of medium-density living (Greenwich Village, Park Slope, Toronto’s Annex) and the ecological necessity of even more density. When it comes to our homes, we are all justifiably afraid of change, especially when it feels like (or is) destruction. But we don’t often pair that truth with another oft-repeated one: Our way of life is unsustainable. In North America’s most beautiful urban places, we unfailingly fight every new tall building in the name of “quality of life” and the “character of the neighborhood.” We claim to have internalized the idea that it’s all connected, that slowing the warming of the planet is a global project, but the nature in our backyards remains sacred—often to the point, perhaps, of self-destruction.

The key question is how to keep the neighborhood even in high density living. Take a look at cities that have naturally grown with high density, like Hong Kong, and you will see it is possible. 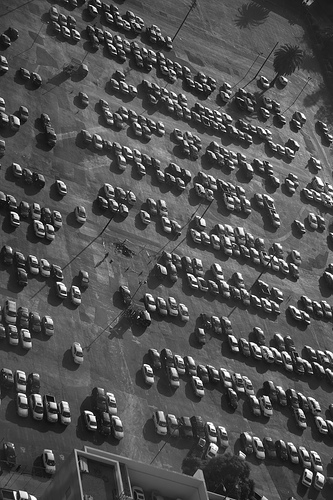 The recent history of London, like that of Britain’s other smartened-up cities, is full of such uprootings. The cleansing of the Lea Valley follows that of Covent Garden in the 70s and 80s, Docklands in the 80s and 90s, King’s Cross between the 90s and now. Steadily, the ragged holes in the city’s fabric are being stitched up. It is hard to deny that some benefits - economic, architectural, for consumers - have come with this. But Dettmers, who arrived in London from Germany in 1981, is increasingly alarmed: “Cities need to have holes in them,” she says. “Places where they can breathe - valves where the unexpected can be let out.” 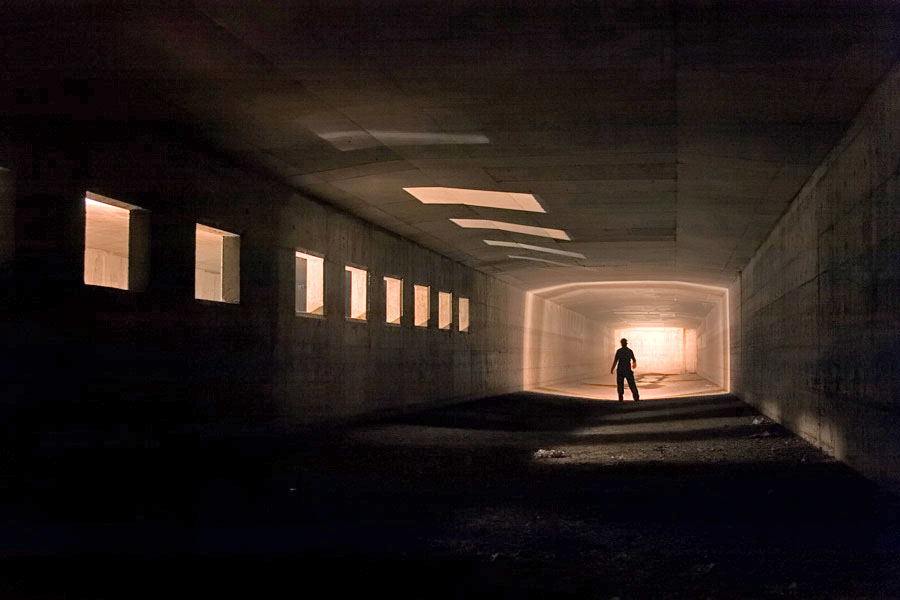 Even people I know who self-identify as urban explorers aren’t at all that interested in undergrounding – especially not in storm drains. A lot of them just don’t see the actual interest. It’s not a detail-rich environment. You can walk six kilometers underground through nearly featureless pipe – and there’s not something to see and photograph every five feet.

Via Beyond the Beyond Adam Greenfield’s Urban Utopia.

- A zone or zones with the density, skyscraping verticality and walkability of Manhattan, or maybe central Hong Kong, for identity, legibility, and let’s face it, excitement;
- Flabbergasting ethnolinguistic diversity, with all that implies for the eating experience;
- Lots of mixed-use close in to the core, and lower-density, more purely residential outlying districts with the easygoingness, human scale and hardy housing stock I remember from my adolescence in West Philadelphia;
- These connected to the downtown(s) and to each other by something like the vividly multimodal transitscape of central Amsterdam, where a road, a sidewalk and a bustling bikepath will all converge in crossing over a canal (and I’d thrown in Portland’s light-rail network);
- Enough cheap housing so that everyone who wants one has a room to call their own - and enough cheap warehouse/event space to support an arts community like Berlin’s;

Sounds good to me. 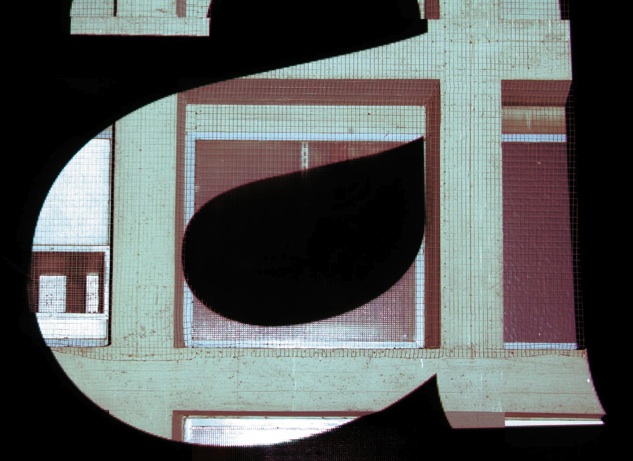 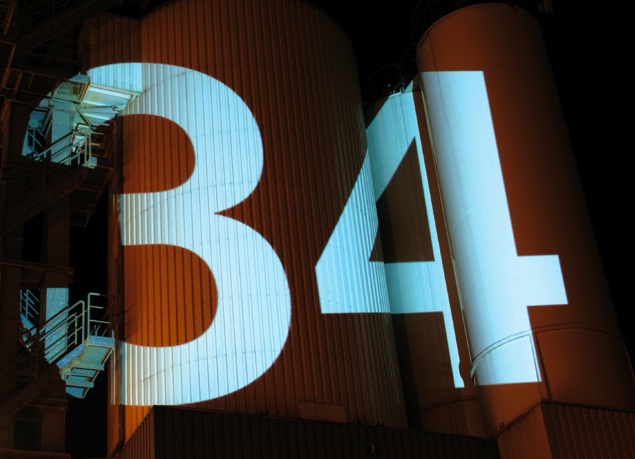 Tobias Battenberg, from Germany, made a nice experiment with video projections in several buildings and structures in the city, about the font “akzidenz grotesk”.
Akzidenz grotesk is known as a font that tolerates a lot, that holds out a lot - my plan was to get a proof by the font herself. the font demonstrated her character at its best.

Via Type for you via Monoscope.