Public transport in rural and exurban areas faces major challenges, with low population densities making it difficult to provide high-quality, high-occupancy services. While demand-responsive transport is sometimes prescribed as an innovative strategy for service provision, the network planning approach to public transport suggests that integrated timed-transfer or pulse timetable networks should be explored first. This paper examines the rural network approach using examples from Switzerland, which has among the highest rates of public transport use in Western Europe, as well as nationally-coordinated Taktfahrplan scheduling that extends deep into rural areas. The basic Swiss pulse timetabling technique is reviewed, along with the application of the approach to a remote rural case study in Graubünden’s Lower Engadine and Val Müstair.

Calvin Trillin in The New Yorker:

Normally, mentions of Shopsin’s in print are complimentary, in a sort of left-handed way—as in Time Out New York’s most recent guide to the city’s restaurants, which raved about the soups and described Kenny (“the foul-mouthed middle-aged chef and owner”) as “a culinary genius, if for no other reason than he figured out how to fit all his ingredients into such a tiny restaurant.” To Kenny’s way of thinking, a complimentary mention is worse than a knock. It brings review-trotters—the sort of people who go to a restaurant because somebody told them to. Kenny finds that review-trotters are often “petulant and demanding.” Failing to understand that they are not in a completely conventional restaurant, they may be taken aback at having the person next to them contribute a sentence or two to their conversation or at hearing Kenny make a general remark in language not customarily heard in company unless the company is in a locker room.

The God of New York real estate is an ironic god, and he works in ironic ways. What propelled Ken and Eve into the restaurant business in the first place, twenty years ago, was a bump in their rent. They figured that their choices were to start opening on weekends or transform the store into a restaurant. By that time, Kenny was doing a good business in takeout sandwiches like chicken salad and egg salad. “Zito would bring me over bread and I would just have a line out the door every lunchtime,” he recalled not long ago. “Essentially, if anyone asked me what I did for a living, I said I sold mayonnaise—mayonnaise with chicken, mayonnaise with shrimp, mayonnaise with eggs, mayonnaise with potatoes. The key was that essentially you sold mayonnaise for eight dollars a pound and everything else you threw in for free.”

Tash Reith-Banks in The Gaurdian:

“Finland is a country of readers,” declared the country’s UK ambassador Päivi Luostarinen recently, and it’s hard to argue with her. In 2016 the UN named Finland the world’s most literate nation, and Finns are among the world’s most enthusiastic users of public libraries – the country’s 5.5m million people borrow close to 68m books a year.

It’s also not hard to see why Finland’s city libraries are so heavily used: 84% of the country’s population is urban, and given the often harsh climate, libraries are not simply places to study, read or borrow books – they are vital places for socialising. In fact, Antti Nousjoki, one of Oodi’s architects, has described the new library as “an indoor town square” – a far cry from the stereotypical view of libraries as stale and silent spaces.

Paul Krugman has a good blog post on that topic, here is one of his points:

…once upon a time dispersed agriculture ensured that small cities serving rural hinterlands would survive. But for generations we have lived in an economy in which smaller cities have nothing going for them except historical luck, which eventually tends to run out.

Krugman suggests that eventually many smaller cities will indeed fade away, although the process of equilibration may be a long and slow one.  All of his points are well-founded, nonetheless I can see a few factors favoring the continuing existence of small cities on a greater scale than many might be expecting:

I agree with both. Competitive growth oriented businesses will locate in large cities, but cost of living and welfare can be more efficiently had in smaller. I see some balance. Also, foot voting wants choices and differentiation …

Arden’s origins go back to the Delaware Invasion of 1895 and ‘96, when the Single Tax movement tried to take over the state. The Single Taxers were followers of Henry George, a 19th century economist who argued that government should be financed solely by a tax on land values. No income tax, no sales tax, no tax on the improvements to a property—just one tax on land. The campaigners crisscrossed the state in armbands, knapsacks, and Union Army uniforms, delivering streetcorner speeches and singing Single Tax songs (“Get the landlords off your backs/With our little Single Tax/And there’s lots of fun ahead for Delaware!”). More than a few got tossed in jail for their efforts.

The invasion was a flop. A disaster, really. Not only did their gubernatorial candidate get only 2.4 percent of the vote, but within a year the movement’s foes would insert a provision into the state constitution that made a George-style tax impossible.

Unable to achieve their ideas at the ballot box, a group of Georgists decided to take another approach. In 1900 they acquired some farmland outside Wilmington, created what amounted to a community land trust, leased out plots to anyone who wanted to move in, levied rents based on the value of the unimproved land, and used the rent money to pay for public goods. In other words, they set up a private town and enacted the Single Tax program contractually. And with that double experiment in communalism and privatization, Arden was born.


Powerful. And Mr. Parth Shah speaks my mind exactly: “One simple way to assess success is; do people want to go there? Are people going there willing to settle there, open their businesses [ … ] On all of those counts, Gurgaon has been fabulously successful.”
Tagged as: economics, city, video, bestof
Permalink: #  Archive.is link: #

According to a startling Pentagon video obtained by The Intercept, the future of global cities will be an amalgam of the settings of “Escape from New York” and “Robocop” — with dashes of the “Warriors” and “Divergent” thrown in.

Pritchett had no idea that as he spoke, a small Cessna airplane equipped with a sophisticated array of cameras was circling Baltimore at roughly the same altitude as the massing clouds. The plane’s wide-angle cameras captured an area of roughly 30 square miles and continuously transmitted real-time images to analysts on the ground. The footage from the plane was instantly archived and stored on massive hard drives, allowing analysts to review it weeks later if necessary.

Since the beginning of the year, the Baltimore Police Department had been using the plane to investigate all sorts of crimes, from property thefts to shootings. The Cessna sometimes flew above the city for as many as 10 hours a day, and the public had no idea it was there.

The city wide panopticon that can solve crimes by rewinding time.

SARAH GOODYEAR in the NY Daily News with a pretty level headed look at “gentrification”:

In New York, a proposal that would require landlords to offer 10-year leases and submit to binding arbitration when negotiating rents has been stuck in committee for 30 years. Some lawmakers, citing a retail “crisis” sweeping the city, are making a new push to consider some variation on that idea. In Seattle, Councilmember Kshama Sawant, a socialist, has developed a proposal for commercial rent stabilization, although it, too, is not yet scheduled for a vote.

Such legislation is anathema to free-market advocates, who argue that government has no business interfering in the ability of landlords to charge whatever prices they want. They say that residential rent control has distorted the housing market already, and the last thing cities need is even the faintest hint of commercial rent control or subsidy. They dismiss the whole idea as one based on misguided nostalgia.

“The main reason Duane Reades and Walgreens are there is because people purchase there,” Steven Spinola, then-president of the Real Estate Board of New York, told The Villager newspaper last year, in advance of a forum the paper hosted on the issue. “This is a free market. It’s not something that should be negotiated.”

The conclusion gets to the crux of the matter, though people don’t want to believe it, cities change, and if you don’t like it, your only choice is to move on …

Charles Mudede in the Stranger:

All that we see happening around us today (the growth, the rise in home values, the increasing flows of foreign capital) was present in and pressed hard upon our city’s past. What has changed is just the scale. There has been no structural transformation that’s dislocated the past from the present. And without a profound transformation at the level of the base, which would mean a radical experiment with a kind of city we have never known or lived in, we are stuck with either a dying Dayton or a thriving 206.

A little slow and obvious, but something I have noticed myself about cities I like …

Why would anyone think it a good idea to build a large, featureless building at ground level? What motivates a developer to erect an endless stretch of suburban housing where each individual unit is identical and, in the language of information theory, low in entropy?

Only for a week, why not always?

“I believe that it’s better to promote reading by rewarding those who read, instead of criticising the ones who don’t,” said Miron on arts website Bored Panda this week.

On the morning of Sunday, March 29, Sidney Torres was sipping an espresso in the kitchen of his mansion on the edge of the French Quarter when a jarring notification lit up his iPad and two iPhones. Pimps fighting with drug dealers and johns. Man has gun. Hurry. The message came from a neighbor 10 blocks away, on St. Louis Street, and was sent through a venture Torres started four days earlier: a private police patrol that could be summoned via mobile app.

Fountains were once a revered feature of urban life, a celebration of the tremendous technological and political capital it takes to provide clean drinking water to a community. Today, they’re in crisis. Though no one tracks the number of public fountains nationally, researchers say they’re fading from America’s parks, schools and stadiums. “Water fountains have been disappearing from public spaces throughout the country over the last few decades,” lamented Nancy Stoner, an administrator in the Environmental Protection Agency’s water office. Water scholar Peter Gleick writes that they’ve become “an anachronism, or even a liability.” Jim Salzman, author of “Drinking Water: A History,” says they’re “going the way of pay phones.” 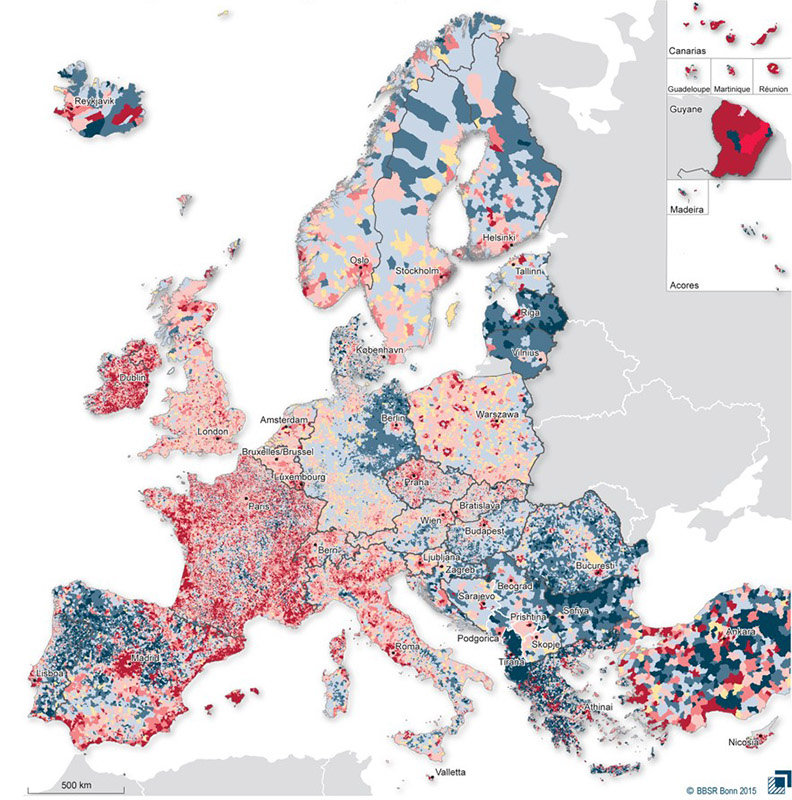 Mass transit agencies around the world face the same conundrum: How to make what amounts to four straight lines distinctive. 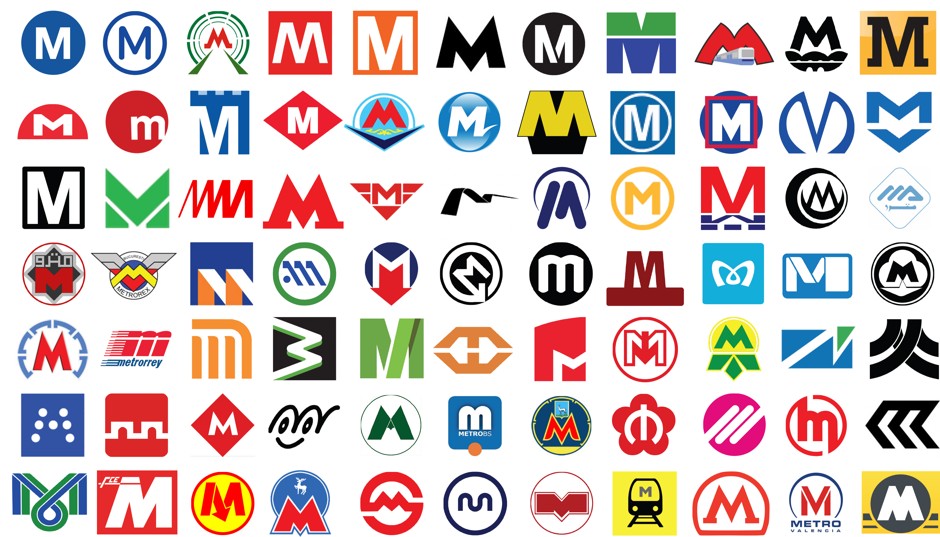