This note is a work of fiction that addresses the role of indexation and passive management in investing today. It covers the origins of indexation and how the role that an index is expected to perform has now changed. The rapid growth in the number of indices presents a problem for investors in that it becomes harder to articulate what is meant by a passive investment. This leads to a discussion of the work of Borges and Balzac and what it means for investing.

“Rat in Broth Wipes $190 Million Off Restaurant Chain’s Value” is the unappetizing headline here: Shares of Xiabuxiabu Catering Management, a Chinese public company, lost 12.5 percent of their value in two days after, you know, Rat in Broth. Rat in Broth will do that. (There’s a picture.) But the thing about Rat in Broth is that anyone could put a Rat in Broth, leading at least one person to speculate on Twitter about the possibility that this could be “intentional share price manipulation.” [ … ]

One thing I will say for short sellers is that many of them really do believe their (standard, correct) claims about their role in financial markets: that they make markets more efficient, deflate bubbles, root out fraud and delusion, and generally make the world better with their unpopular and negative activity. They see it as a noble but misunderstood calling.

Obviously you could approach short selling in a totally different way: You could short a perfectly good company and then try to blow up its factories, murder its executives and put rats in its broth. This would be strictly inefficient, not only from a financial-market perspective but also from a product-market one: If this was really how short selling worked, then all our cars would fall apart and all of our broth would have rats in it. 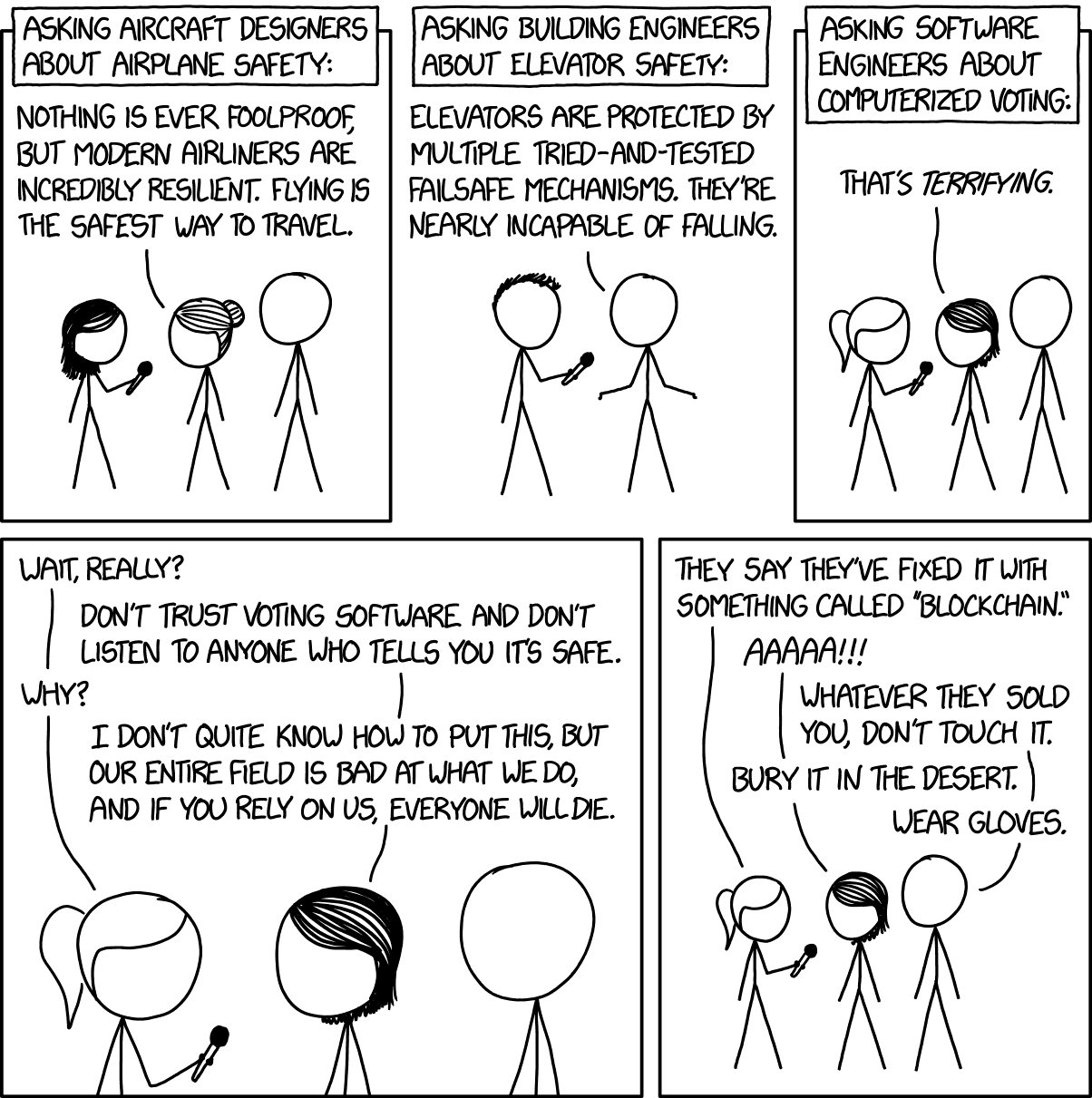 There are lots of very smart people doing fascinating work on cryptographic voting protocols. We should be funding and encouraging them, and doing all our elections with paper ballots until everyone currently working in that field has retired.

SoftBank Group Corp. is in discussions to invest another giant slug of capital in WeWork Cos., with a deal that would value the shared-office company at $35 billion to $40 billion, according to people familiar with the matter.

Such an investment would roughly double WeWork’s $20 billion valuation, set last August when SoftBank invested $4.4 billion in the company.

I have to say, if SoftBank is going to become the entire market for hot private technology startups, then every valuation is going to be marked-to-SoftBank, and the numbers will start to lose their meaning.

SoftBank: Would you like some money at a $10 billion valuation?

SoftBank: Here you go. Would you like some more at a $20 billion valuation?

SoftBank: Here you go. How about a $40 billion valuation?

Startup: This is dumb but it’s not like we’re going to say no.

Startup: Thanks brb buying a yacht.

SoftBank: Our mark-to-market investment returns are tremendous, we must be good at this.

Before they could make a statement announcing their decision, however, Mr. Trump spoke. He had caught wind of their planned defection and wanted to have the last word. Taking to Twitter, he wrote: “Rather than putting pressure on the businesspeople of the Manufacturing Council & Strategy & Policy Forum, I am ending both. Thank you all!”

In celebration of the 4th of July, National Public Radio tweeted out the Declaration of Independence in a series of more than 100 tweets on Tuesday.

I am amused by Buzzfeed’s slug: we-hold-these-alternative-truths-to-be-self-evident

Apparently Serial has a new podcast. This is not it.

Typical, Apple is always trying to reinvent the wheel.

As negotiations between Greece and its creditors stumbled toward breakdown, culminating in a sound rejection on Sunday by Greek voters of the conditions demanded in exchange for a financial lifeline, a vintage photo resurfaced on the Internet.

It shows Hermann Josef Abs, head of the Federal Republic of Germany’s delegation in London on Feb. 27, 1953, signing the agreement that effectively cut the country’s debts to its foreign creditors in half.

just edges out sneezing panda for favorite video from youtube

In 33 years, more than 90 writers churned out countless monologue jokes, remotes, and desk pieces. Some stayed for decades. Others, like me, passed through briefly. But we all had one thing in common: the desire to get Dave’s approval. It wasn’t easy.

“I really wanted the people writing this show to be so much funnier and so much smarter than I was,” said Letterman a few weeks before the end of his run. “I think that’s exactly the way you’ve got to run a show like this.”

For every comedy bit produced, there were roughly a hundred pitches that didn’t make it. So I asked fellow Late Night and Late Show vets to recall their most memorable rejections. Then I ran some of those by Dave, who was happy to reminisce about former writers.

Dave was actually quite uppity about choosing jokes. For example, he was adamant that jokes must be funny. Mildly amusing material was not okay. Neither were wigs. I learned this when I wrote a viewer mail response that answered the question: “How did you and Paul meet?” It involved a flashback to their meeting at Woodstock. We were set to shoot it at rehearsal, and Dave showed up ready to shoot. He took one look at the fringed vest and long wig and said, “I’m not doing this.”

Another pitch was “All Week Long William F. Buckley Rates the Mustard.” The idea was that Mr. Buckley would come in through the blue doors in the NBC studio, hold up a jar of mustard, and eat a teaspoonful. With great importance, he’d ponder the flavor and describe the mustard’s most pronounced qualities, then say something like, “That’s mama’s milk!” or “For intravenous use only!”

After the idea was shot down, I likely resubmitted it suggesting we replace Buckley with Manute Bol.

Letterman: Good lord. [Laughs.] Okay, I made a mistake there. Either way, that should’ve been on. Who knows what kind of day I was having, but, by God, that … in a heartbeat.

After watching Amazon’s recruitment video the other day, I couldn’t help but think it sounded a little inaccurate… so we went ahead and made our own. 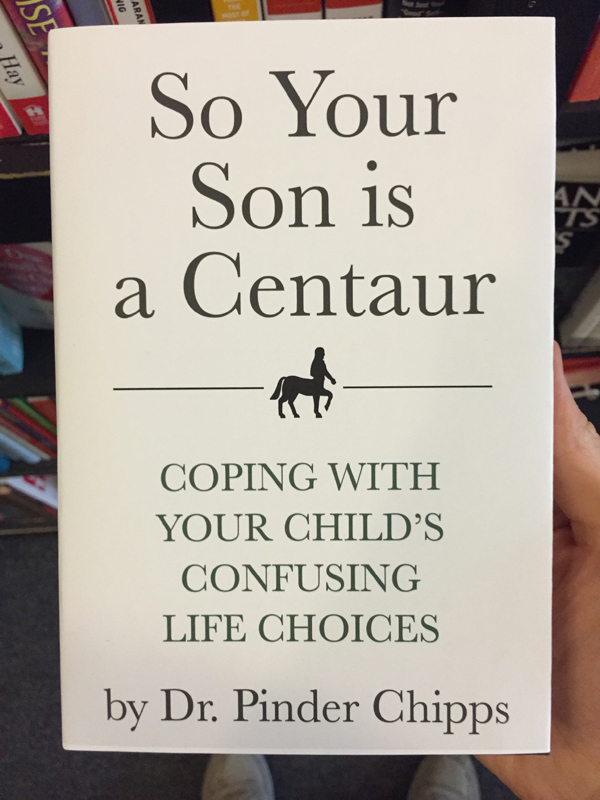 More in the album.