Gavin A. Schmidt and Adam Frank with a corker of a paper:

If an industrial civilization had existed on Earth many millions of years prior to our own era, what traces would it have left and would they be detectable today? We summarize the likely geological fingerprint of the Anthropocene, and demonstrate that while clear, it will not differ greatly in many respects from other known events in the geological record. We then propose tests that could plausibly distinguish an industrial cause from an otherwise naturally occurring climate event. 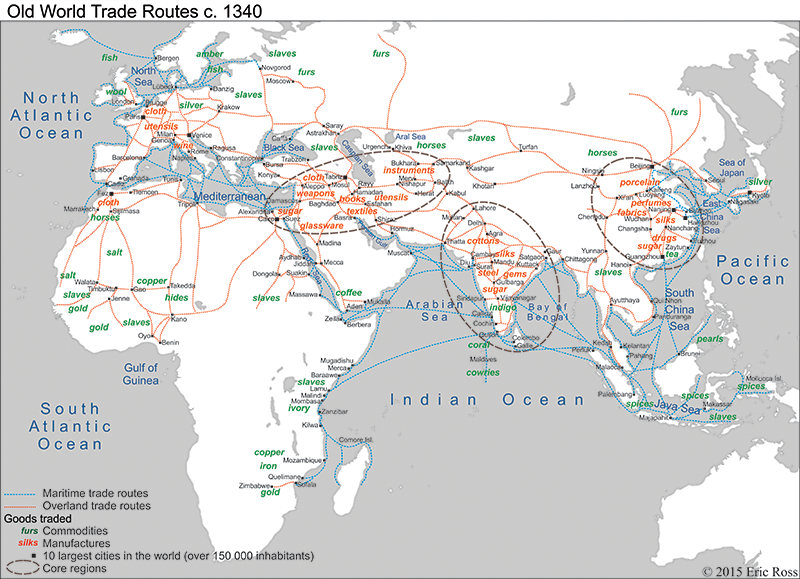 There is a famous maxim that one must always kill your idols. That the only way to become your own person, as it were, is to free yourself from the shadow of the one you admire, look up to. Singapore has clearly taken this to heart: and has murdered its founding father. Not in the banal sense of attempting to erase his memory, an erasure by censorship, omission, but in a far more sophisticated way: by cementing a version of him, memorialising him — archiving him.

John Hersey in the August 1946 The New Yorker:

At exactly fifteen minutes past eight in the morning, on August 6, 1945, Japanese time, at the moment when the atomic bomb flashed above Hiroshima, Miss Toshiko Sasaki, a clerk in the personnel department of the East Asia Tin Works, had just sat down at her place in the plant office and was turning her head to speak to the girl at the next desk. At that same moment, Dr. Masakazu Fujii was settling down cross-legged to read the Osaka Asahi on the porch of his private hospital, overhanging one of the seven deltaic rivers which divide Hiroshima; Mrs. Hatsuyo Nakamura, a tailor’s widow, stood by the window of her kitchen, watching a neighbor tearing down his house because it lay in the path of an air-raid-defense fire lane; Father Wilhelm Kleinsorge, a German priest of the Society of Jesus, reclined in his underwear on a cot on the top floor of his order’s three-story mission house, reading a Jesuit magazine, Stimmen der Zeit; Dr. Terufumi Sasaki, a young member of the surgical staff of the city’s large, modern Red Cross Hospital, walked along one of the hospital corridors with a blood specimen for a Wassermann test in his hand; and the Reverend Mr. Kiyoshi Tanimoto, pastor of the Hiroshima Methodist Church, paused at the door of a rich man’s house in Koi, the city’s western suburb, and prepared to unload a handcart full of things he had evacuated from town in fear of the massive B-29 raid which everyone expected Hiroshima to suffer. A hundred thousand people were killed by the atomic bomb, and these six were among the survivors. They still wonder why they lived when so many others died. Each of them counts many small items of chance or volition—a step taken in time, a decision to go indoors, catching one streetcar instead of the next—that spared him. And now each knows that in the act of survival he lived a dozen lives and saw more death than he ever thought he would see. At the time, none of them knew anything.

As always, use the archive.is link below to avoid the paywall if that is an issue for you.

The first volume of the History of Cartography was published in 1987 and the three books that constitute Volume Two appeared over the following eleven years. In 1987 the worldwide web did not exist, and since 1998 book publishing has gone through a revolution in the production and dissemination of work. Although the large format and high quality image reproduction of the printed books (see right column) are still well-suited to the requirements for the publishing of maps, the online availability of material is a boon to scholars and map enthusiasts.

On this site the University of Chicago Press is pleased to present the first three volumes of the History of Cartography in PDF format.

An animated data-driven documentary about war and peace, The Fallen of World War II looks at the human cost of the second World War and sizes up the numbers to other wars in history, including trends in recent conflicts.

There was no vainglory in the title of the first volume of Lee Kuan Yew’s memoirs: “The Singapore Story”. Few leaders have so embodied and dominated their countries: Fidel Castro, perhaps, and Kim Il Sung, in their day. But both of those signally failed to match Mr Lee’s achievement in propelling Singapore “From Third World to First” (as the second volume is called). Moreover, he managed it against far worse odds: no space, beyond a crowded little island; no natural resources; and, as an island of polyglot immigrants, not much shared history.

By early 1969, most of the members of Charlie Company had completed their tours and returned home. I was then a thirty-two-year-old freelance reporter in Washington, D.C. Determined to understand how young men—boys, really—could have done this, I spent weeks pursuing them. In many cases, they talked openly and, for the most part, honestly with me, describing what they did at My Lai and how they planned to live with the memory of it.